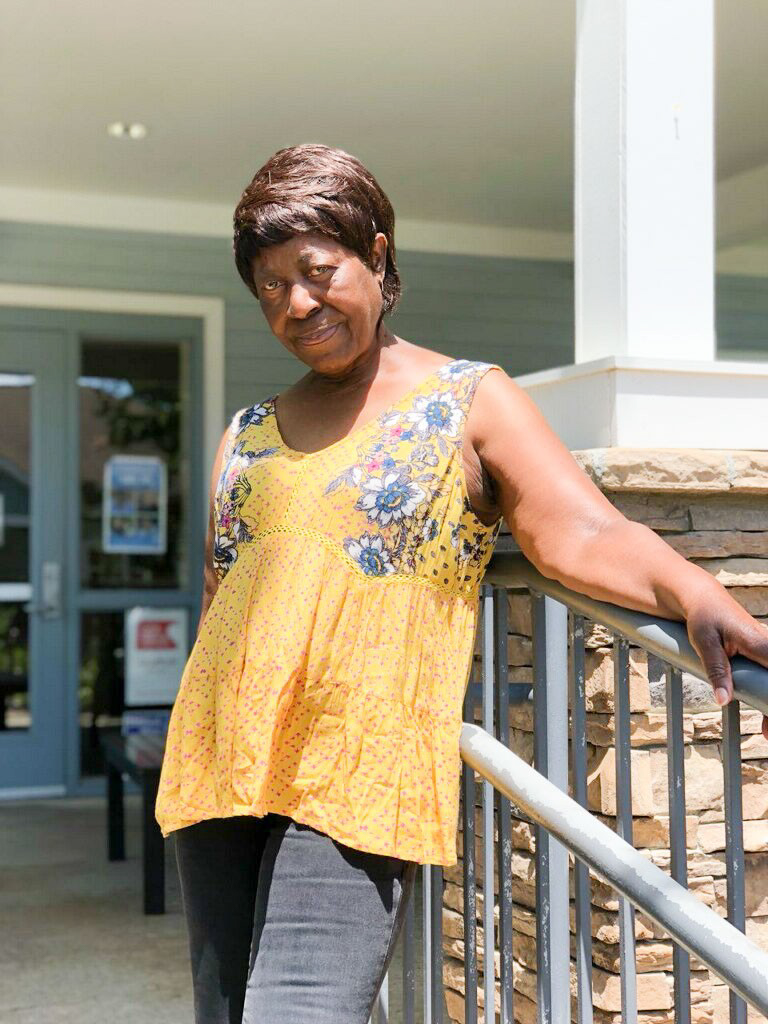 “I can’t even explain it in words!’ Iris exclaims as she starts her release interview with me. “Everything I’ve been hustling for my whole adult life has come to be in the last 6 months”. It is August 8th, 2018, and Iris Thomas who will be 69 years young next week, is leaving prison by way of CCT’s Center for Women. She’s been in and out of prison since she was 23 years old; this last time since 2011. She says this time is different, this time she will not be going back. “I came in with a different mindset. I said to myself ‘I’m definitely not coming out the same way I go in’. I just purged myself of all of that.”

In 2011 as she awaited her sentencing hearing, Iris says she thought about running. Now in her 60s, she didn’t know if she could survive prison again. But she says her son encouraged her to go in, do her time, and come back out clean; so she showed up in court and went back behind bars.

Iris’ revolving door in and out of the prison system began with a charge she picked up while in a domestic violence situation. Addiction fueled her poor decisions from then on, and all told she served 5 different prison sentences over the years. This time, Iris was transferred to CCT’s Center for Women for the last part of her sentence, and she says that her time here, along with a different mindset, has made all the difference.

When she first arrived at CCT, Iris completed our LifeWorks! Program, a job readiness and life skills program we offer free of charge to anyone with a criminal record. “LifeWorks! Was very much needed and helped me get through it. I was very nervous to be job searching in my 60s but I did it”. Iris found a job as a housekeeper. “It required some humbling at first. I have a bachelor’s degree in sociology, but I needed to do it”. Iris quickly became extremely valued at work; so valued that when she announced she’d be moving away from the Charlotte area after her release, her work happily gave her a transfer to her new location, threw her a going away party, and named their kitchen after her.

Iris says that a big part of her success this time around was learning new coping skills. Not only did she learn from the staff at the Center for Women and LifeWorks!, but she also participated in CCT’s substance abuse and trauma program, Seeking Safety, funded by the ABC Board of Mecklenburg County. Iris says she’s experienced a lot of trauma, and being in Seeking Safety gave her a space to process it. “Seeking Safety helped me open up and talk about it, which let me – I like the word purge – let me purge and cleanse myself and get through it. I always stayed after group to talk to Cathy… I especially needed more coping skills for conflict management, and she really helped me with that too”.

Today as Iris is waiting for her family to come pick her up from our facility, she’s beaming with joy. She repeatedly gives glory and honor to God, quoting scripture, making it apparent she’s a woman of strong faith. “Yes,” she says, “By the grace of God I came to this program and I am going home.” She tells me she’s going home to a rental property, family, her own car, and with some modest savings along with her job. “What does the future hold for you?” I ask, and she tells me she wants to eventually start her own catering business. “Why are you choosing to share your story publicly?” I ask, curious, and she says simply, “I want people to look at me and see this program works.” She then goes on to tell me that she hopes to come back to visit CCT around the holidays and cook a meal for the women who are still incarcerated here. “If there’s one thing I want the ladies to know it’s don’t feel hopeless. I hope they keep an open mind. Keep your ears open, and be willing to submit and take people’s advice. It took me a long time to learn to do that!”

Posted in Client Stories, News / In the Media