Latasha was?transferred to CCT Center for Women earlier this year after six years in prison. A wife and mother of two, she struggled with her roles as both behind bars. Her husband, Todd, a wonderful father, did not want their two girls, Baylee?and Tannon, to be exposed to the prison atmosphere, and decided that they would not visit their mother in prison. It was a tough decision, one that no family should have to make.

The environment at the Center for Women is very different from a regular corrections facility, resembling a dormitory more than a prison. There are no bars or barbed wire. Residents may decorate their rooms, which they share with one roommate, as they wish. On any given day you’ll see the hustle and bustle of the women coming and going from work, school, or adventures out in the community with our amazingly dedicated volunteer sponsors. So when Latasha came here, she told Todd it was a much more suitable environment for their two girls. 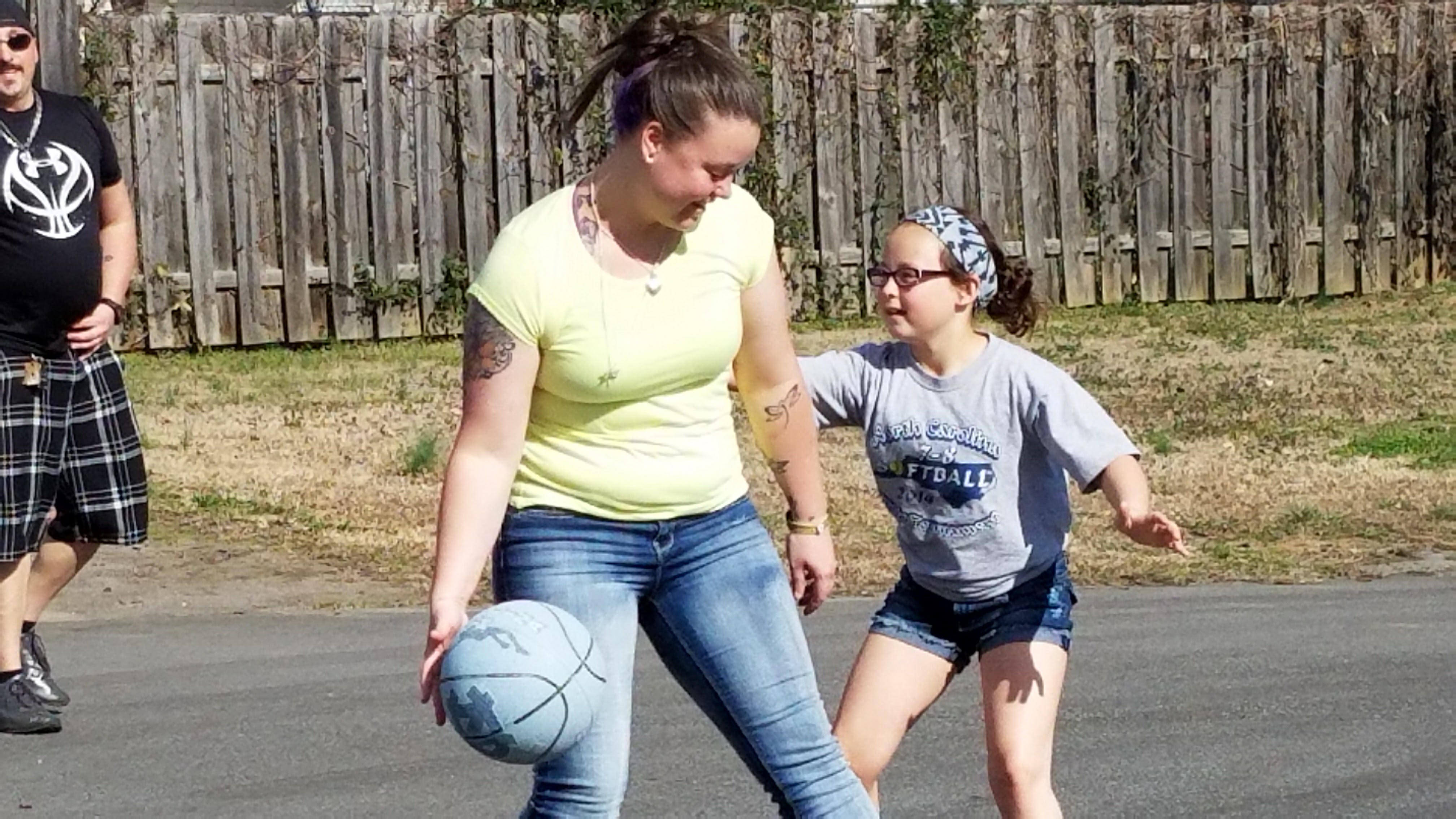 Latasha plays basketball with her youngest.

After visiting our facility himself, he decided that yes, the homey atmosphere was healthy enough for his children. So, after six long years, the family reunited. After hugs and joyful tears, the foursome played several games of basketball outside the dorm, soaking in the sunshine and relishing simply being together.

By allowing our residents to rebuild relationships and restore family bonds while they are finishing their sentences, we know that they are more likely to make a successful transition back into their homes and communities when they are released.